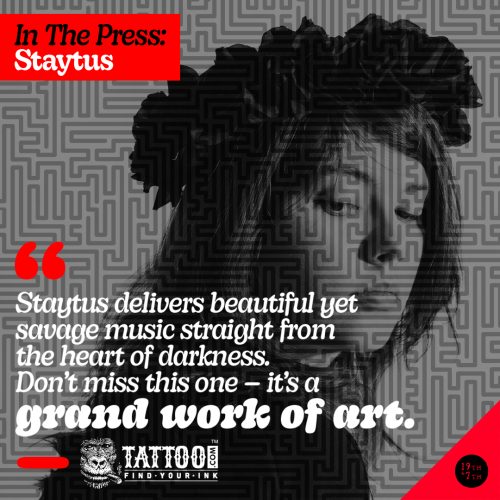 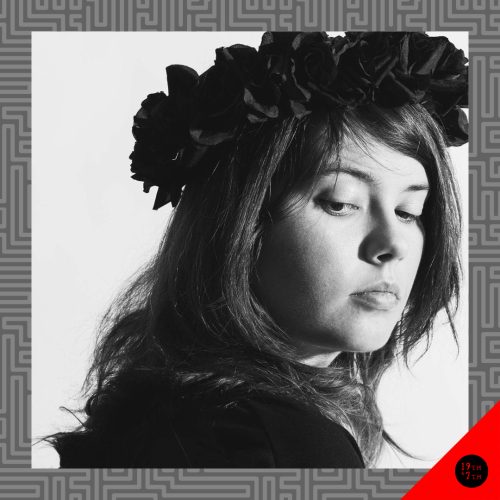 “On Disease of the Mind, Staytus delivers beautiful yet savage music straight from the heart of darkness. Don’t miss this one – it’s a grand work of art.” –  Tattoo.com

“Disease of the Mind is an album of such sonic and lyrical intensity the likes of which is usually reserved for artists with a more established and proven pedigree.” ReGen Magazine

“Staytus makes her mark on the industrial metal paradigm with an utterly unique approach to production and songcraft that reflects the ten years she’s spent honing her style in both domains. Check out the album “Disease of the Mind” and our exclusive interview.” – Illustrate Magazine

“The new album “Disease Of The Mind” has 13 tracks that show unique and rare compositions to hear, resemble Nine Inch Nails, voice of Courtney Love, with a futuristic sound, this electric rock and roll that Staytus launches here is great.” – Indieoclock

“Disease Of The Mind is packed full of heartbreak, despair, resentment, and elusive reality. Built around elaborate synthscapes, with warped guitars and pulsating beats, you’ll be led through the shadow work of emotional catharsis.” – Post-Punk.com

“If you have been waiting for the revival of Goth-Metal, the wait may be over. Joining the fray comes Staytus and they are not sitting still, not for one moment.” – TJPL News

“Staytus takes some gutsy risks in this album, but in her campaign to develop sensible melodic noise we’re able to discover both a poet and a troubadour who uses larger-than-life riffage to tell the stories that need to be told.” – Pop Icon Magazine

“Grundemann’s approach is an incredibly unique one that borrows from a multitude of sources, old and new. With roots firmly planted in a harsh, industrial sound, that’s heavy and unrelenting, the sound also touches ground with Goth and Grunge rock. It’s a sound she describes proudly as Nu-Goth, and it’s something you have to experience to fully understand.”– Rock Era Magazine

“The gothic rock of this record is permeated with the idea of darkwave and industrial sounds. The explosive vocal lines characteristic of grunge music create their own unique face for Staytus.” – Indie Rock Music Blog UK

“Quite honestly, there hasn’t been a rookie release like this one to really stoke my excitement in all of 2022, particularly among harder rock acts.” – The Hollywood Digest

“Staytus is rocking it like few others in or outside of her scene, and in Disease of the Mind, she sounds like an artist who isn’t going to be contained within the realm of the underground for very long at all.” – IndieShark Music Magazine (Nomination Album Of The Year)

“Fans of hard rock and heavy music in general should rejoice over the arrival of Disease of the Mind this fall, as I think it’s just the first of many intriguing releases we’re going to encounter from Staytus in the years to come.” – Indie Pulse Music

“Staytus is an artist who is leading the dark-wave genre forward into 2023, and we know she is destined for big things.” – FVMusicBlog.com

“Discover Staytus’ Haunting Nu-Goth Aesthetic. Blending a plethora of influences and genres, we are treated to an album that goes from grungey, alt-rock energy to dark trip-hop, and electronic nostalgia.” – Mesmerized.io

“Disease Of The Mind displays a self-awareness that only adds to its crude expressions of despair. There is a love story inherent in the way Staytus arranges every aspect of his songs with loving care, polishing or abrading the surfaces of his sonic architecture.” – Artisti Online Italy

“The new artist arrives on the music scene in style showing that she has everything to be among the great names of rock today.” – Headbanger News Brazil

“With the use of her instruments, her voice and her themes, Staytus’ debut album is more than an album itself, she constructs a complex mind to explore, to find ourselves immersed and to get ourselves lost in.” – Less Than 1000 Followers

“Staytus is a very creative artist with a solid and mature artistic vision. Her music stands out from the crowd and I instantly became a fan of her music.” – Edgar Allen Poets Noir Rock Band

“Nu-Goth has a new queen, Staytus. Fresh, different, unique and filled with an atmosphere of passion and emotions. Her debut album “Disease Of The Mind” brought us to a new dimension. – The Spoticat

“Disease of the Mind shows off Staytus’ uncanny ability to create a truly immersive experience, one that ought to be surrendered to.”-  Skope Magazine

“Like many great artists have, Staytus pulls you into her world, note by note, until you are completely transfixed.” – Vents Magazine

“Listen to the enigmatic pieces of music with the proficient artist Staytus. This artist has gained global attention from all music lovers by delivering exemplary tracks.” – Daily Music Roll

“Conclusion 10 of 10: Staytus convinces with their debut album Disease Of Mind, not only with composition and sound, but also with content!” eXcess Magazine Germany

“Overall, it is a wonderful album that showcases the creativity of Staytus and a clear indication that the artist is here to stay!” –  Juke Box Mind

“Unique instrumentation, sound-design and songwriting all combine to unpredictable, dark and unsettling results, as Staytus kicks up the artistry of modern music, with Disease Of The Mind.” – Stereo Stickman

“Following the release of several singles, Staytus is proud to present Disease of the Mind, her debut album, available now on all the major streaming services.” – New Music Weekly

“Disease of the Mind, the riveting full-length debut from industrial metal upstart Sam Grundemann—AKA Staytus—reminds us that some people are born with a knack for sculpting sound deep in their bones.”  Devine Magazine

“Bringing to mind the powerful messages from Sinéad O’Connor with the caustic, raw delivery of Courtney Love, Staytus demands you feel her anguish and pain.” – Post-Punk.com

“Staytus cuts a massive hole through the fragile walls of her next-door neighbor on ‘Dreams from Hell.’ Staytus unleashes something for the underground to claw into here. Her vocals are hauntingly raw and with meaning, on a self-produced beat that has your bleeding ears shaking in alarm.” – A&R Factory UK

“Setting the vibe with syncopated percussion and a bouncing detail, the soundscape expands to deliver a metallic industrial element and cyber frequencies as Staytus opens her song ‘Dreams from Hell’ with atmospheric vocals.”- KIMU

“Staytus represents a new wave of punk and goth genres as she delivers a unique, and inspiring blend of sounds.” – UMB-UnsignedMusicBlog

“Composer and vocalist Staytus explodes on the scene with her debut LP, Disease Of The Mind. The album promises to make the ground shake, as a “seismic first strike on the goth/industrial scene…” – Punk-Rocker.com

“The heavy yet soft song is surely going to make you love the music from Staytus, her vocals are unmatched. The soft screams with her soothing singing is going to win you over, her style is very goth, post punk and gritty. It’s hard to hate music when it’s as great as “Dreams From Hell.”- Rising Artists Blog

“At the same time that “Dreams From Hell” poignantly expresses the suffering associated with PTSD, it is also quite an enjoyable listen that highlights Staytus’ brilliant songwriting and superb musicianship.” – Less Than 1000 Followers

“Staytus proves good things come in threes with a triple-strength preview of her upcoming album Disease Of The Mind.” – Tinnitist Magazine

“Composer and vocalist Staytus will soon be unleashing her debut 13-track album, Disease Of The Mind, a seismic first strike on the goth/industrial scene, where she sings about heartbreak, despair, resentment, and reality slipping away.”-  Amplify Music Magazine

“Staytus is sharing three singles that set the tone of the immersive album. She wrote, sang, produced, and recorded Disease Of The Mind, as well as played every instrument on the record.” –  Mundane Magazine

“Abrasive and aggressive, the production of the album reflects the uncomfortable turmoil of the material. Staytus meshes dark, poetic lyrics with visceral vocals that demand you feel her anguish and pain.” – Enigma Online

“Drawing heavily on her degrees in audio production, visual art, and sound design, the album explains the album was a means “to cope with my mental health struggles,” its themes seeking an emotional catharsis from the pitfalls of heartbreak, resentment, and the dissolution of reality.” – ReGen Magazine

“Industrial/goth artist Staytus (aka 25-year old Sam Grundemann) will soon be unleashing her debut 13-track album, Disease Of The Mind. Right now Staytus is sharing three singles that set the tone of the album.” –  Side-Line Magazine